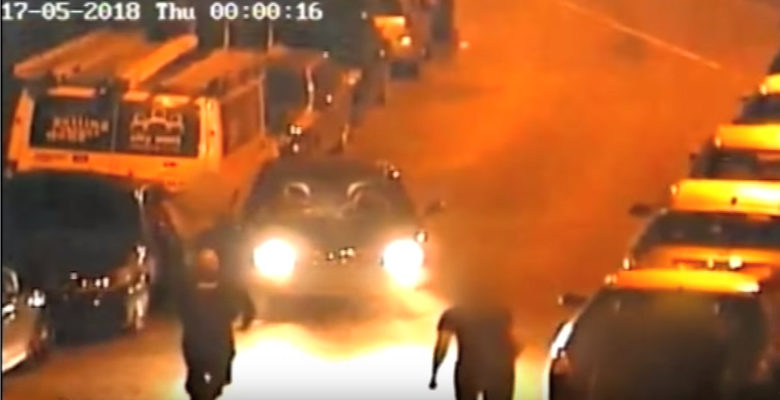 Two men have been jailed after a car was driven at a police officer and pedestrians Reham Baluch (11/90/1986) of no fixed address was today (Monday 10 December 2018) sentenced at Minshull Street Crown Court to seven years in prison for dangerous driving, driving whilst disqualified, aggravated taking of a motor vehicle without consent, section 47 assault and attempted section 18 assault.

Saqib Kader (30/10/1991) of Farraday Avenue, Cheetham Hill was sentenced to 12 months in prison for aggravated taking of a motor vehicle without consent, and he was disqualified from driving for one year. The court heard how Baluch and Kader approached a takeaway delivery driver on Kersal Road in Prestwich around 11.20pm on Wednesday 16 May 2018, before hitting and kicking him and stealing his car. The man called police and reported the incident. Officers attended the scene and were speaking to the victim when his car returned to the scene.

Police Constable Nina Foran, a frontline uniformed response officer from GMP’s Bury borough, approached the vehicle- which was being driven by Reham Baluch- and told him to get out of the car. At this point, Kader was a passenger in the stolen car. Baluch reversed the vehicle in an attempt to flee the scene, and the car door slammed into PC Foran.

The impact caused her to be thrown into a parked car and then to the floor. The car collided with a pedestrian who was stood behind PC Foran, and he was thrust backwards and landed between two parked cars. Other members of the public and responding officers were forced to jump out of the way of the vehicle and they narrowly avoided being hit. The car was then driven forward, causing the driver’s door to slam into PC Foran again, and she was thrown to the floor for a second time. Baluch then collided with several parked cars and a police van, before driving off in the direction of Rainsough Brow. PC Foran and the pedestrian were taken to hospital to be treated for their injuries.

PC Foran suffered an injury to her hand and bruising across her body. The pedestrian was treated for cuts and bruising to his body. The car was later found abandoned on Carlyle Close in Cheetham Hill. At 2.37am the following morning, an officer saw a man matching the description of Baluch walking along Hilton Lane and into the grounds of Hilton Lodge. A police dog handler attended the scene to assist, and Baluch was tracked down and swiftly arrested. Baluch was also sentenced today for a previous incident on Alderglen Road which occurred around 2.30pm on 19 March 2018 in which he drove a vehicle at an officer, causing him to jump out of the way to avoid being run over. Baluch drove the car at speed and crashed into the officer’s patrol car before making off at speed in the direction of Elizabeth Street. Detective Constable Keith Holt, from GMP’s CID Bury Borough, said: “This was completely reckless behaviour by Baluch and Kader and they showed absolutely no regard for the officers or pedestrians involved. “The manner in which Baluch acted was careless beyond belief, and it is only down to sheer luck that more people weren’t injured. “Officers put themselves on the line to protect our streets, but they should never be subjected to something like this. “Baluch has shown no remorse for his actions, but following today’s result he will now have to spend the next seven years in prison facing up to what he has done.”